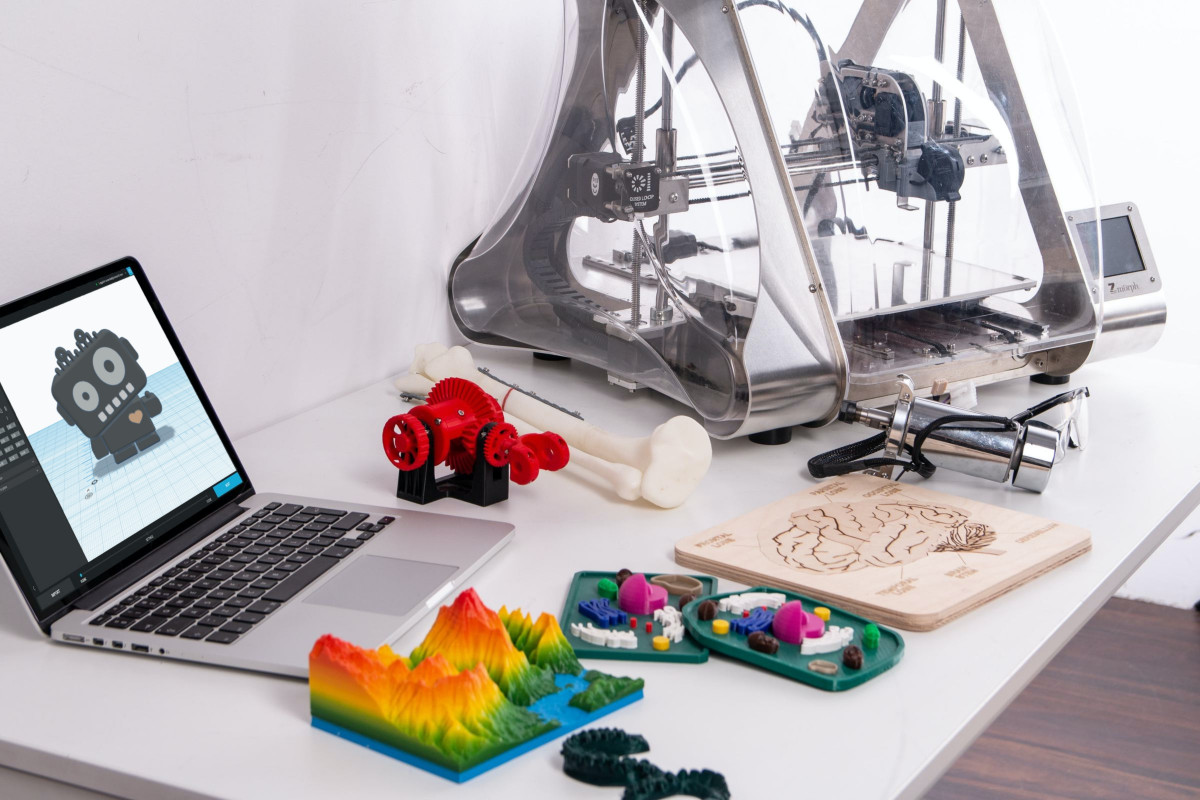 3D printing is the wave of the future, and it could potentially change the way people live and interact with technology. This article explains why doing research is of paramount importance and why 3D printer reviews matter.

The past few years have seen 3D printers and 3D printing technologies take off, and going by the opinions and views of experts in the field, it’s evident that it has limitless potential. At its heart, 3D printing is all about stereolithography, which is the creation of solid, 3D objects based on CAD drawings and models, whereas with traditional inkjet and laser printers you print on paper. As this entry on Wikipedia indicates, the procedure for printing 3D objects had been conceptualized as far back as the mid-1980s, but it’s only recently that the technology has caught the public eye.

Great quality and Really easy for a beginner – Surprisingly good printing quality. The built in camera working only with flash cloud. And need a strong wifi… The smartphone app provided on play store it doesn’t work at all.. Don’t even bother yourself to download it! But the free PC slicer app works very well, and absolutely usefull. Overall very good build quality, the enclosure is very important on a printer, and makes it quiet, but still not recommended in your bedroom.

As the technology improves and prices go down, the device will soon find its way into the homes of the consumer, just like traditional printers. Even at this early stage, and even if you don’t have a 3D printer yet, research is important, and here’s why.

As a consumer, you’ll definitely want and need to do research because the technology is evolving very quickly. There was a time when these machines were seen as nothing more than a novelty product, something too expensive to produce and maintain. Now that’s no longer the case as consumer-oriented 3D printers are now available. If you’re interested in getting one, you’ll need to keep abreast of what’s available and where.

Research is also important because 3D printers use different methods to print 3D models. Since 2012, various methods have emerged, and while most are additive techniques used to build layers vary. If you’re going to use a 3D printer, you’ll need to understand the difference between softening and melting material to produce layers.

Of the methods available today, the most common are fused deposition modeling (FDM) and selective laser sintering (SLS). Yet another technique involves printing liquid materials such as SLA. If you’re going to buy a 3D printer and use it for commercial purposes, or even as a hobby, an understanding of these technologies is essential.

The technology used in 3D printing is advancing rapidly, and what was considered standard a few months ago will be replaced with something new. Given its potential power and the implications, it’s vital for anyone interested in the field to be updated. Whether you’re a developer or a hobbyist, you cannot afford to get left behind.

Reviews Of Other Customers

An essential part of your research should be reading reviews of these products. Yes, you can get information about the product from the official website, but they don’t tell the whole story. A well-written review includes pictures and/or videos as well as a detailed description of how the 3D printer performs in real-world situations.

With an honest, objective review you’ll learn the pros and cons, if it’s easy to use and if the product lives up to the hype. The good news is you don’t have to confine yourself to a single review. If you’re not convinced of the review you can always search the Web for other views and get a consensus. Though 3D printing has not yet gone mainstream, there are already a large number of 3D printing sites available.

Reviews are essential for all tech products, but all the more so for 3D printers as they are new and still don’t come as cheap as regular printers. And while the basics of 3D printing aren’t hard to grasp as this guide from 3ders.org shows, new features are constantly being added. If you don’t read reviews you could easily get lost in the jargon. Finally, there’s the fact that some manufacturers try to hype up its features, but a reviewer can easily test it out.

For those reasons cited above, it’s easy to understand why consumers and companies need to read reviews. But if you’re in the business of making 3D printers, they are just as essential to get feedback. If reviews are negative, you’ll know what needs to be fixed, and if they’re positive it will drive up sales.

To get an idea of how much the price of 3D printers has gone down, three years ago they were being sold for at least $20,000, but if you look at the printers reviewed in Tom’s Guide many are selling for less than $1,000. Granted many of the budget ones have limited features, but if you look at 3D printers on YouTube and on other websites, you’ll see that prices for high-end 3D printers are going down fast.

And that’s another reason why reading reviews is so important: simply put it’s the most convenient way to determine if the product is worth the money or not.

Even at this early stage, the future of 3D printing technology looks very promising. Just to give you an idea, companies are now making 3D printed cars, and some Chinese companies have already made houses using 3D printers. In the UK, a 3D printer was used to create a hamburger, which could be the answer to food shortage in the future.

The advances don’t stop there as aircraft carriers and even NASA is testing the technology to create parts, and some people have even created 3D-printed guns. But the most important breakthroughs could come in the field of medicine: with further development and research, it may one day be possible to literally print medical equipment and even organs that could save lives.

The bottom line is this: the time will come when you’ll be able to buy a full-featured and affordable 3D printer, and it’s not too far off when they become as commonplace as a regular printer. And by doing research and reading reviews (or getting your product reviewed) you’ll be ahead of the curve and know exactly what is going on.