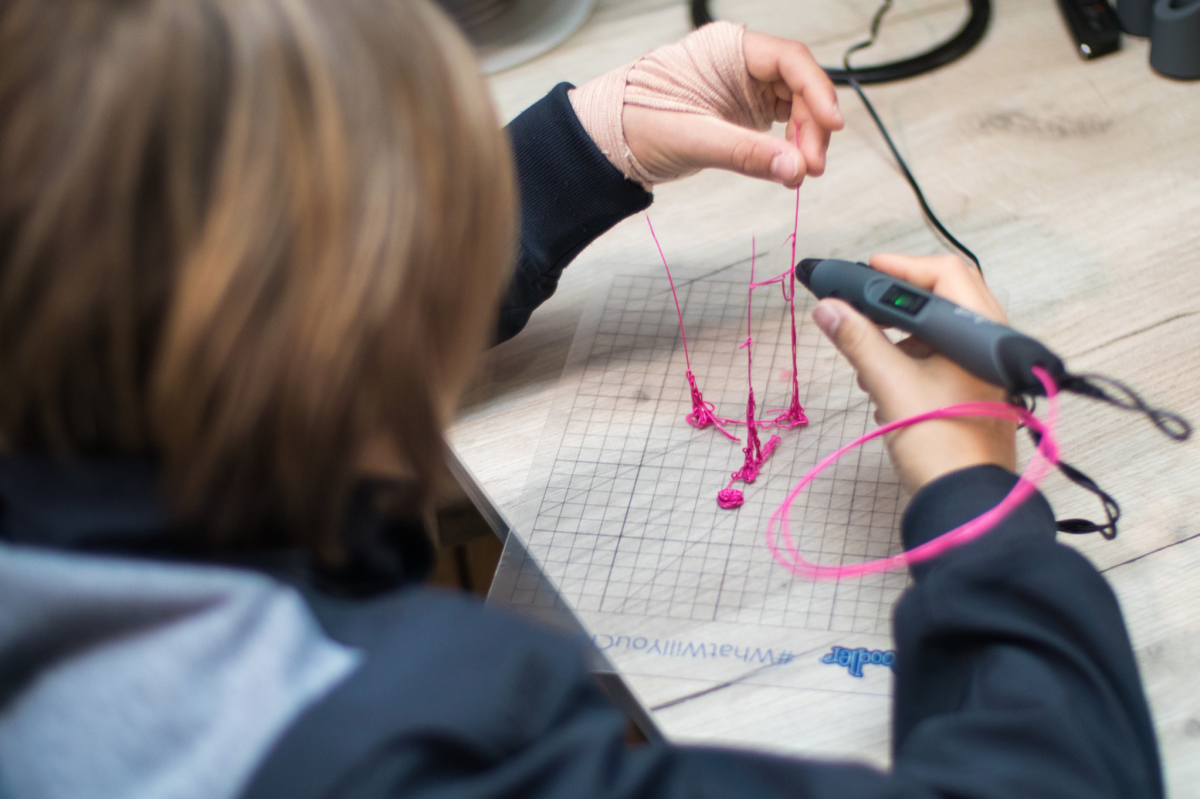 This Layr3 Pen review takes an in-depth look at the product and reveals if it is really the best 3D pen right now. (5 Min Read)

First, there were 3D graphics programs, then 3D printers, and now there are 3D pens like the all-new Lay3r 3d pen. What used to be a pipe dream is now a reality, because now anyone, children or adults, can draw literally anything in thin air, and presto, hey it’s there. The idea has caught on quickly, and several of these 3D pens have appeared, so how does this product from Lay3r stand up to the competition? It sounds good in theory but does it actually deliver? Let’s take a look.

What are the Features and What Can This Pen Do?

What makes this a strong candidate for the title best 3d pen is the ease with which you can use it. It’s a lot of fun for kids (12 years and older) because it makes doodling so easy. Even adults will enjoy using it because the process of drawing is as straightforward as it comes.

You can use the pen to create literally anything you can imagine: Want to draw animals? You can. Or how about buildings, cars, watches, write messages, funny faces, artwork? Or maybe you just want to make a few quick sketches? Whether you’re an artist who wants to try a different medium or just want to doodle, this pen will do just fine.

While 3D printers are still expensive, as other 3d pens, this is available for less than a hundred bucks give or take. Considering the stuff you can do with it, that’s a real bargain. Also, the pen uses 1.75 ABS filament, the same affordable material used by 3D printers.

The pen has a cooling fan built-in as well, and you can use it to access the company’s official website and share your works with other people. Finally, the pen has an auto-shutoff feature so you don’t have to worry about accidentally leaving it on. There’s a one-year warranty for the product.

How Easy is the Pen to Use?

If you check any 3d pen for sale you’ll see that this is among the top sellers, and again there should be no surprise because it is very easy to use. However, the pen doesn’t compromise ease of use with power because as far as versatility goes this is as good as it gets. As pointed out above, the pen is good enough for drawing different objects, and yet it’s also ideal for repairing or “drawing over” plastic pieces.

As indicated earlier, this isn’t the first 3D pen in the market, but in terms of features and functionality, it is way above what’s out there. Not only is the pen easy to use, but it works exactly the way these are supposed to work, and that’s without a hitch.
If you’ve never used a 3D pen before, it might feel a bit strange, but you’ll get used to it quickly. Drawing on thin air and seeing the object you’re creating appear takes a bit of getting used to as well, but you’ll get the hang of it after a couple of tries. The build quality is solid and nice, and when compared to other pens is of superior material.

Turning the pen on or off is as simple as plugging and unplugging, and the bright LED light will notify you the device is on. Some might find the LED a tad too bright, but again this is something you’ll get accustomed to.

What is the Output Quality?

Since the pen uses ABS filament, it’s similar to what you would get on a 3D printer, and it’s actually pretty good. The manual doesn’t say it supports PLA so it’s best you stick with ABS. In any event, the user guide is detailed yet easy to follow, and the amount of ABS included is pretty generous. You’ll probably use it up quickly the moment you get used to drawing, but ABS is cheap so getting refills won’t be a problem.

The power jack, by the way, is perpendicular to the unit, a rather unique choice as one would expect it would have been on the rear. Even so, it doesn’t get in your way so it’s not a major issue.

The filament entry point is decent, but if it’s still new, the insert button might be a bit difficult to push. On the other end, however, it’s very secure so it’s not really a big deal. Once the filament is ready, it takes just a few moments to warm up and you’re ready to draw. If it’s your first time using ABS, remember that the material tends to bend a bit when it dries, so a bit of patience is needed to get your object right. With a bit of practice, you’ll get it done.

What Do Customers Say?

The feedback from customers has been mostly positive, and what people agree on is how fun and easy the pen is to use.

These are just a couple of the positive reviews that the pen has received online, and there have been no reports of the pen breaking down, which is a testament to its quality and design.

The 3d drawing pen market is growing rapidly and Lay3r is climbing to the top, and this isn’t surprising because this is a very good pen. Some might look at it as a kind of novelty product or even a toy, and no doubt kids will have a lot of fun with it (a great change from the traditional wooden toys! We need diversity right?). But it’s powerful enough to create real artwork. If you’ve ever felt constrained by the pencil or paintbrush and want more freedom, then you need this 3D pen.